I believe the following test should fail, but it doesn’t? ConsoleApplication.zip (8.3 KB)

Curious; this must be specific to Island, for .NET I get

Note that check will not throw an exception, like Assert does. it will just emit the failure, and keep going.

I’ll test own Windows later; but since this is the same code, i’s odd that this would fail Island only, and might be a deeper problem than a bug in EUnit itself…

for any Check? ok, I’ll have a look later today, when I have my Windows VM up…

for any Check? ok, I’ll have a look later today, when I have my Windows VM up…

Hmm. my colleague just checked, and he cant reproduce this :(. what could we be missing, stop wise?

my colleague just checked, and he cant reproduce?

I expect the following code would fail, but it didn’t.

what am I missing? 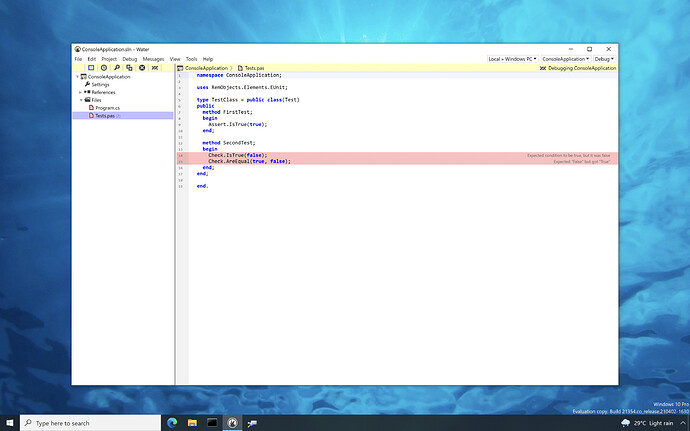 this is your solution, open unchanged (except to change the arch, since my VM is arm64, which doesn’t work yet) and press Ctrl+T.

I am not sure but if running in console shouldn’t it output some error messages saying the test case failed?

What I saw is that all test cases passed with success

Correct,… running with debugging shows the exception, but executing without debug shows 0 failures: 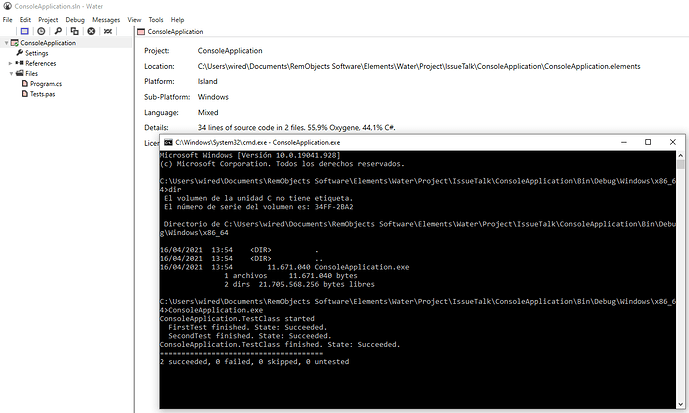 fix is committed, so if you rebuild latest EUnit yourself from github, you can use it before next week has it included.