.Net Core Project Reference could not be resolved error

AzureFunctions.zip (114.8 KB) Hi,
I have an azure function project which builds but code completion looks to be broken.

If you look at the first 2 shots 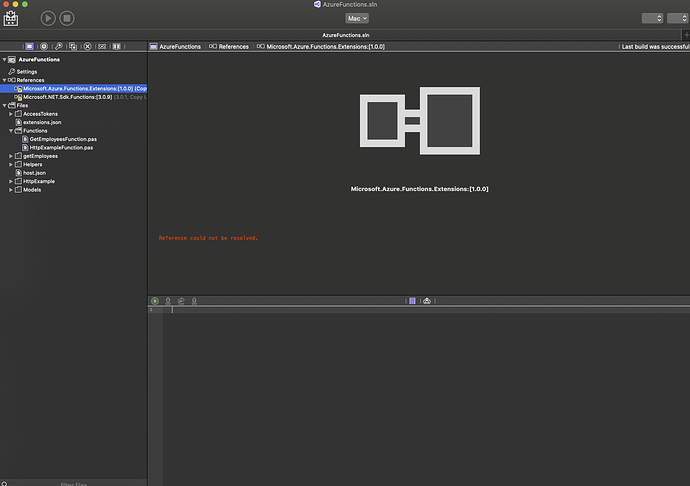 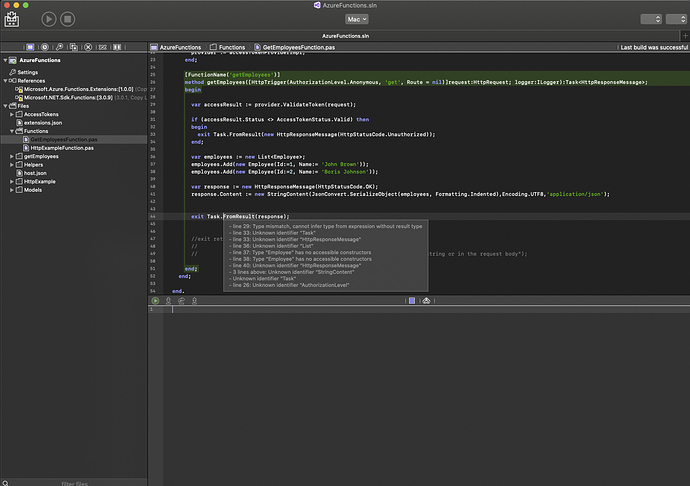 The only error I can see is this 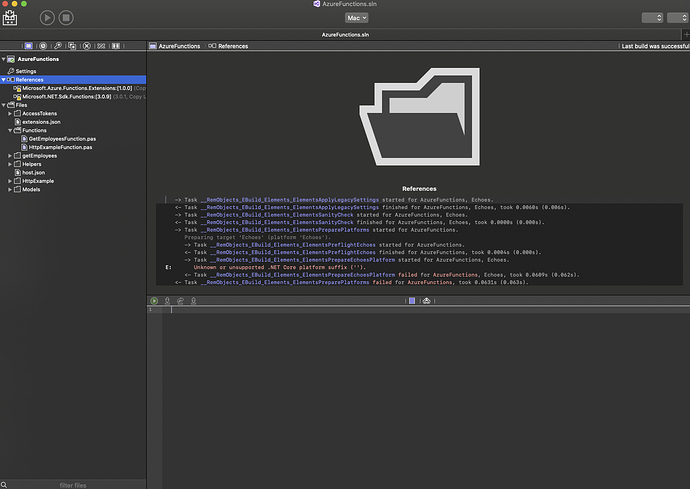 Curios. this looks like a regression from a change I did this week. What’s your exact TargetFrameworkVersion string?

Oddly, this is the new code:

so it shoukld union be hitting that error for an empty string — but indeed I can reproduce the issue here. Seems to be an inconsistency between Cocoa and .NET — the build (which uses the .NET version of EBuild) handles this fine, but the Reference Resolve (which uses the Mac-native version) seems to hit the wrong case. Strange.

As workaround, try adding a dash to the version, eg:

this would make the platform name empty rather than nil.

Fixed for vNext of course.

FWIW, the CC errors I would assume are expected, given the project has no valid references at all as far as the IDE knows.

Yes, this bug will only affect .NET Core, and only IDE smarts in Fire.