I have seen this issue consistently in both VS2019 and Water for ASP.NET Core Mercury projects.

Code Completion does not work properly when adding an “Imports…” line, as it does not show Imports in the list. Here is an example:

It consistently only shows attributes with the full “*Attribute” names in both Water and VS2019.

It consistently only shows attributes with the full “*Attribute” names in both Water and VS2019.

it also doesnt seem to filter down to ONLY show attributes, does it? that’s probably the main culprit. in Oxygene it does that (and does drop the suffix): 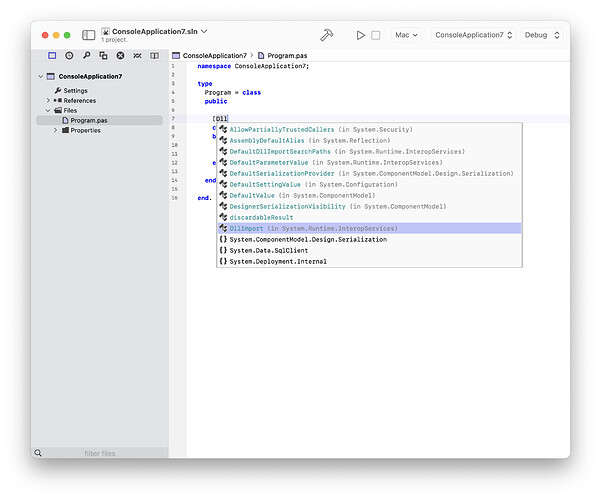 Actually, that one is as designed. this class is called “RequriedAttributeAttribute” ;). That said, this report did show a related bug where the suffix did not get stripped, but which oddly only shows in Fire/Water, when invoking CC right after the <, so i’m keeping the issue open for that one.